For this series of works I tried to visualize sounds and patterns and put them in a imaginary scenery. I was always inspired by the video ‘Star Guitar’ made by Michel Gondry for The Chemical Brothers (made in 2001), where every sounds is represented by a particular object. I like the combination of structured patterns combined with noisy and chaotic passages. Glitchy samples combined with brassy sounds. The wooden parts of these works were digitally drawn and cnc-milled. After that, they were handpainted and -assembled. 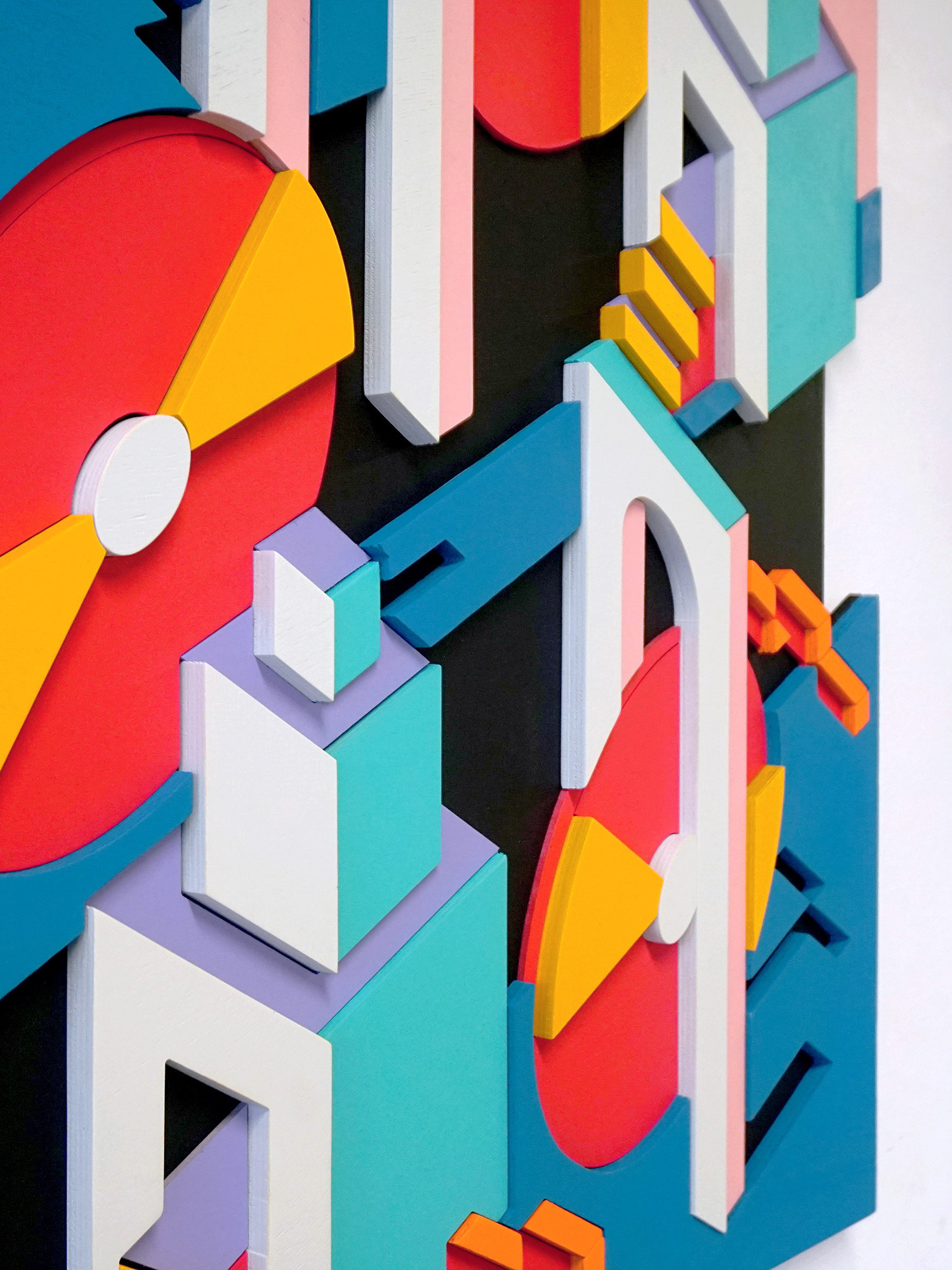 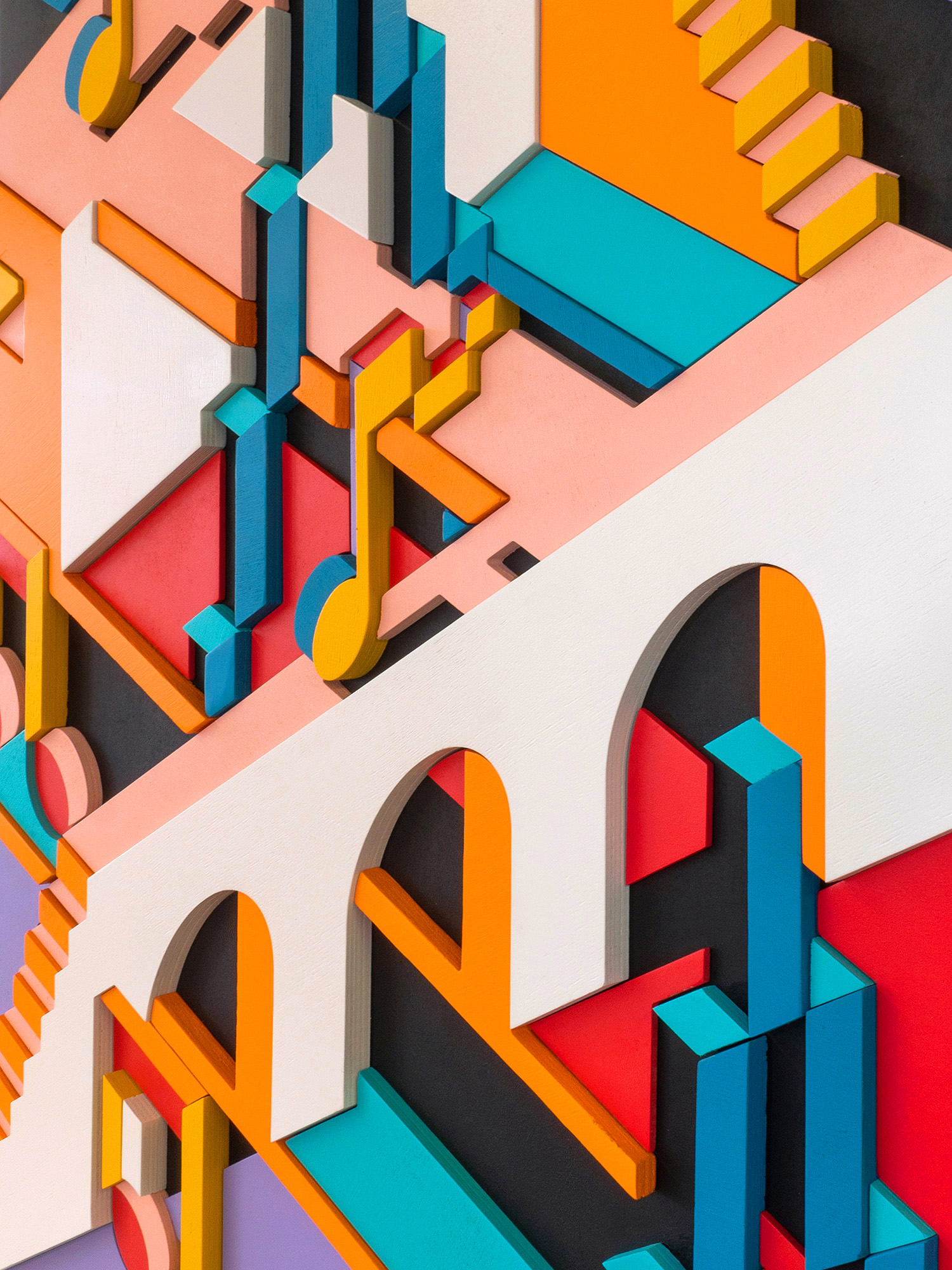 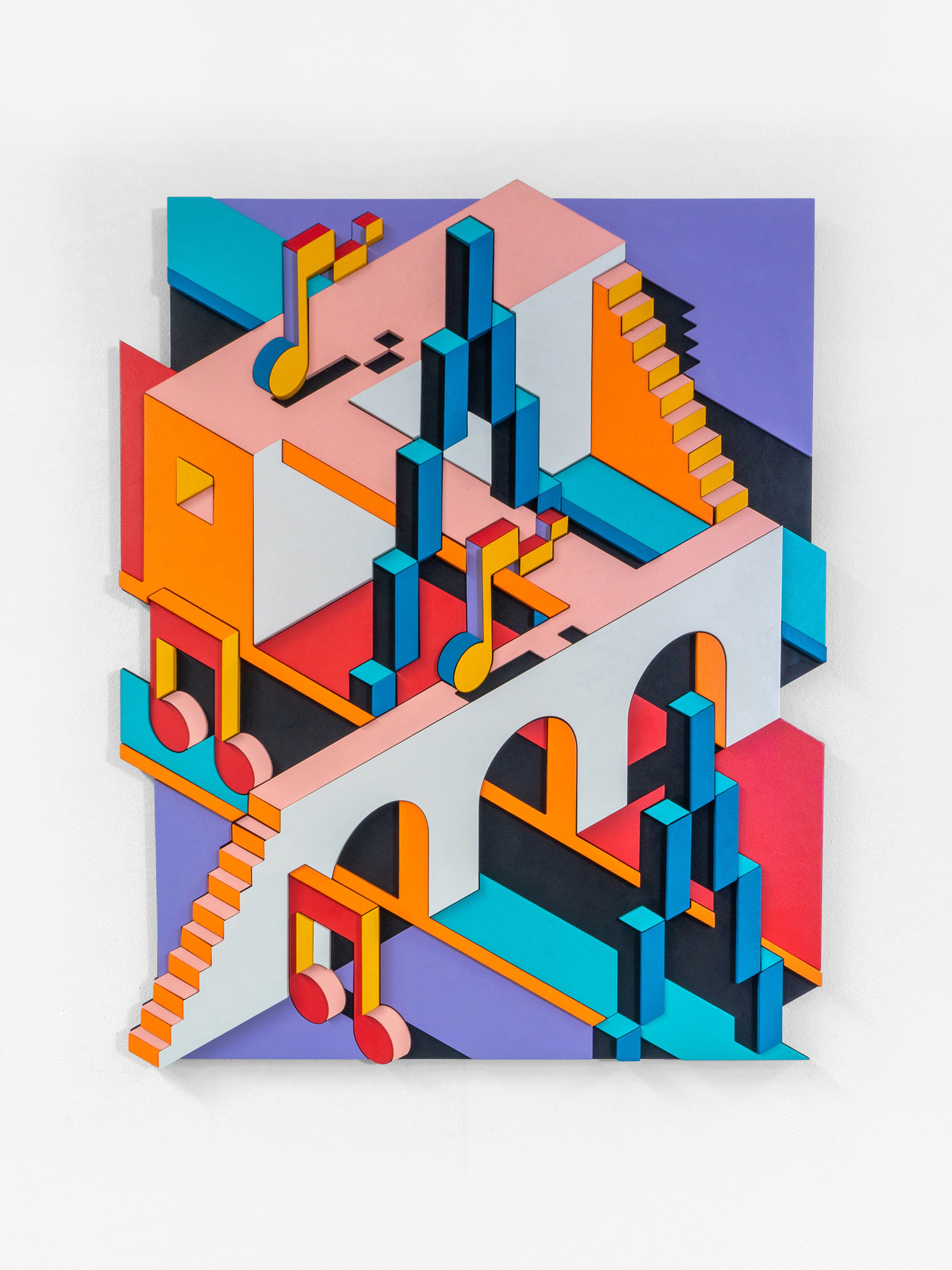 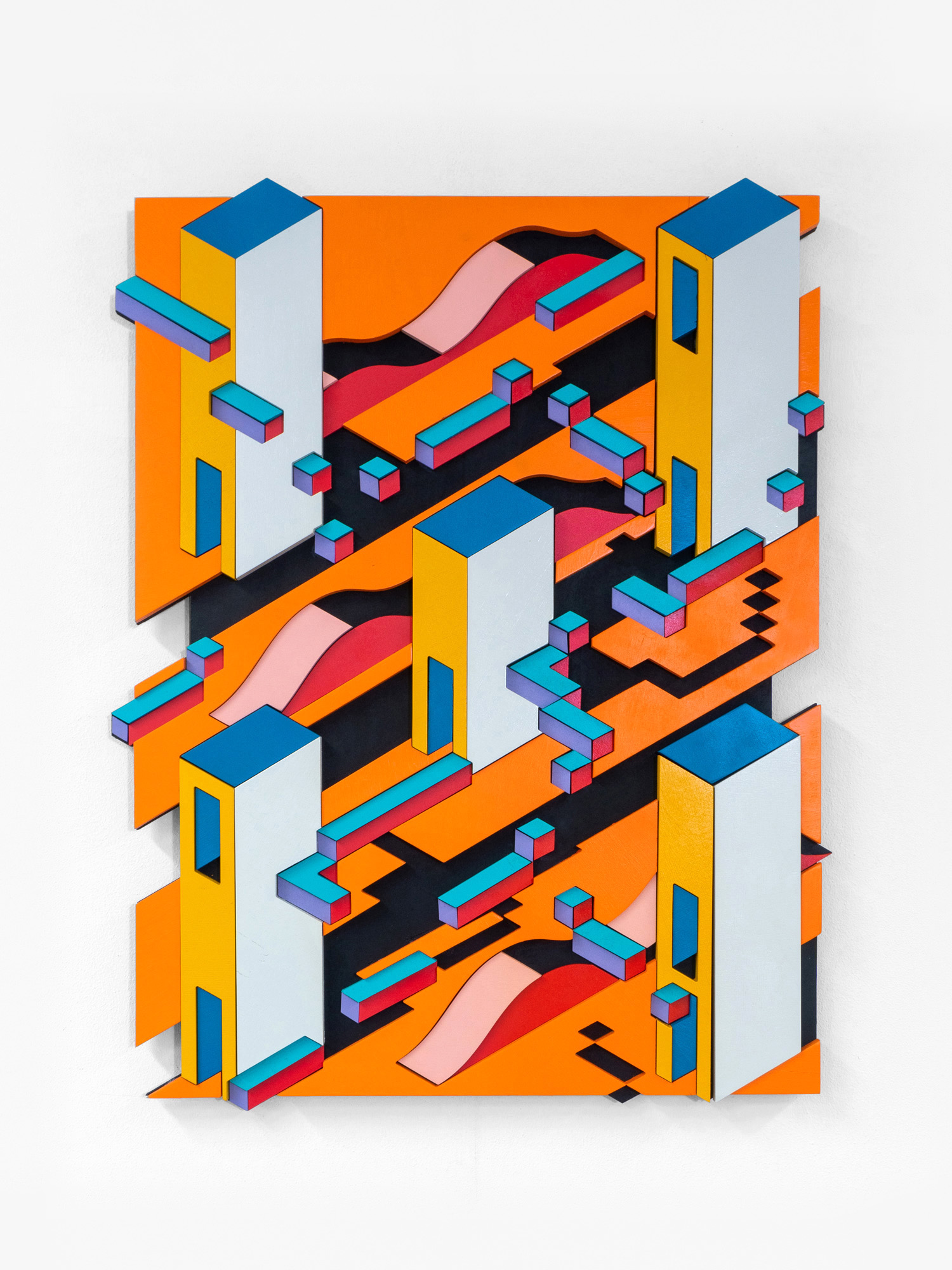 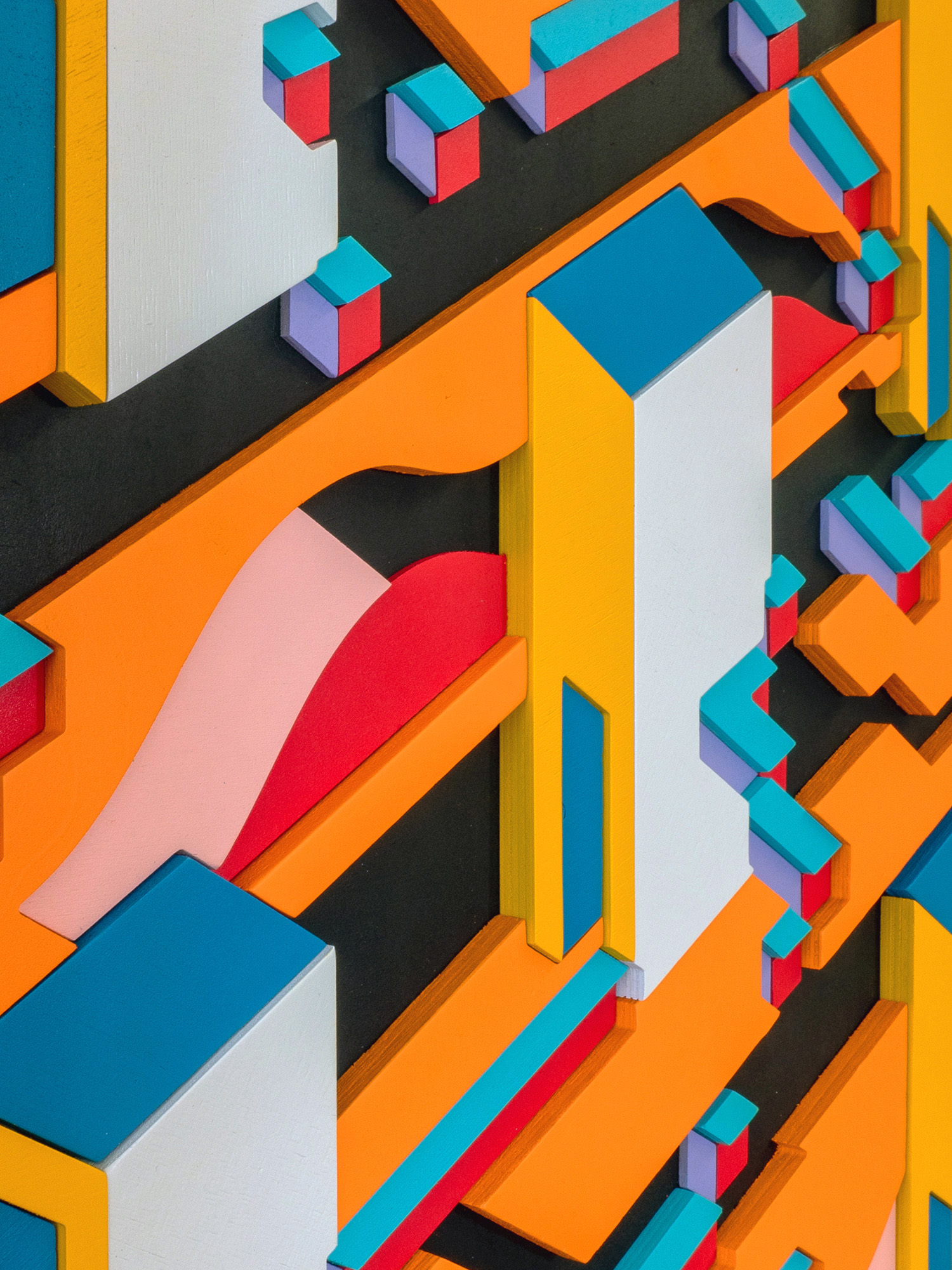 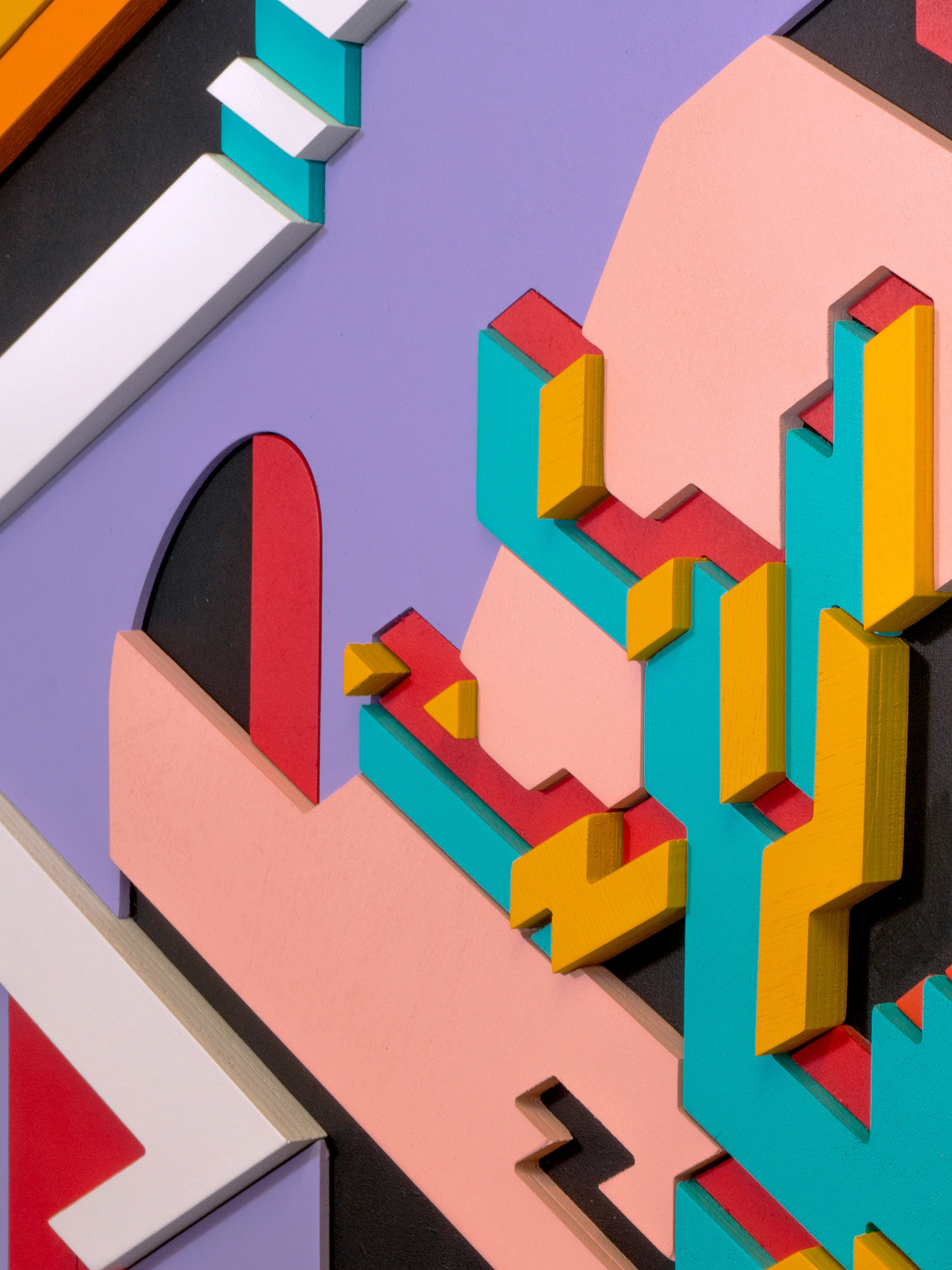